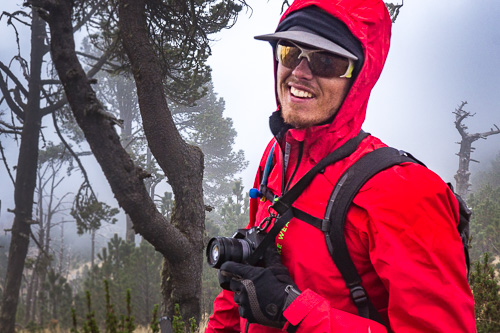 PICSPORADIC is a collection of my travels and stories through photography and video.

Originally from Vermont, USA with a background in biking, skiing, ice and rock climbing I have always had a passion for exploration and discovery. I have been a professional mountain bike racer since 2015.

I enjoy sharing my experiences traveling to remote parts of the world on two wheels. Recent bikepacking expeditions have taken me to Guatemala, Ecuador, Peru and Chile – where I have pushed the limits of endurance and exploration.

With a strong appreciation for Latin American culture. I believe in the development of outdoor sports in the third world countries as a way to connect local people to natural beauty and inspire local conservation.

I graduated with a 2005 degree in Digital Media and Audio Production from Massachusetts Communication College in Boston. Afterwards I opened and ran a production studio, Abstract Rhythm in New York City for 6 years. During this time I traveled throughout the United States providing technical support for events, concerts and theater (sound video and lighting).

In 2012 I moved to Colorado, working in the music industry there and pursuing further exploration in climbing, skiing, motorcycle and bicycle travel. Around this time my Photography started to be recognized professionally with work in Backcountry and Alpanist magazine.

In 2014 I moved to Guatemala (by motorcycle) and began working Mayan Families as a Videographer bringing attention to the indigenous Mayan people living in extreme poverty at Lake Atitlan. I also expanded on my mountain bike career racing nationally throughout the country. In 2016 I began racing mountain bikes full time along with undergoing numerous international expeditions that push the limits of endurance and what is possible on a bicycle.


Have a question or interested in working with me?

I am available anytime, anywhere

You can get a hold of me through any of my social media outlets or send me an email the old fashioned way!

Perhaps You Need a Little Guatemala

YMCA of the Rockies