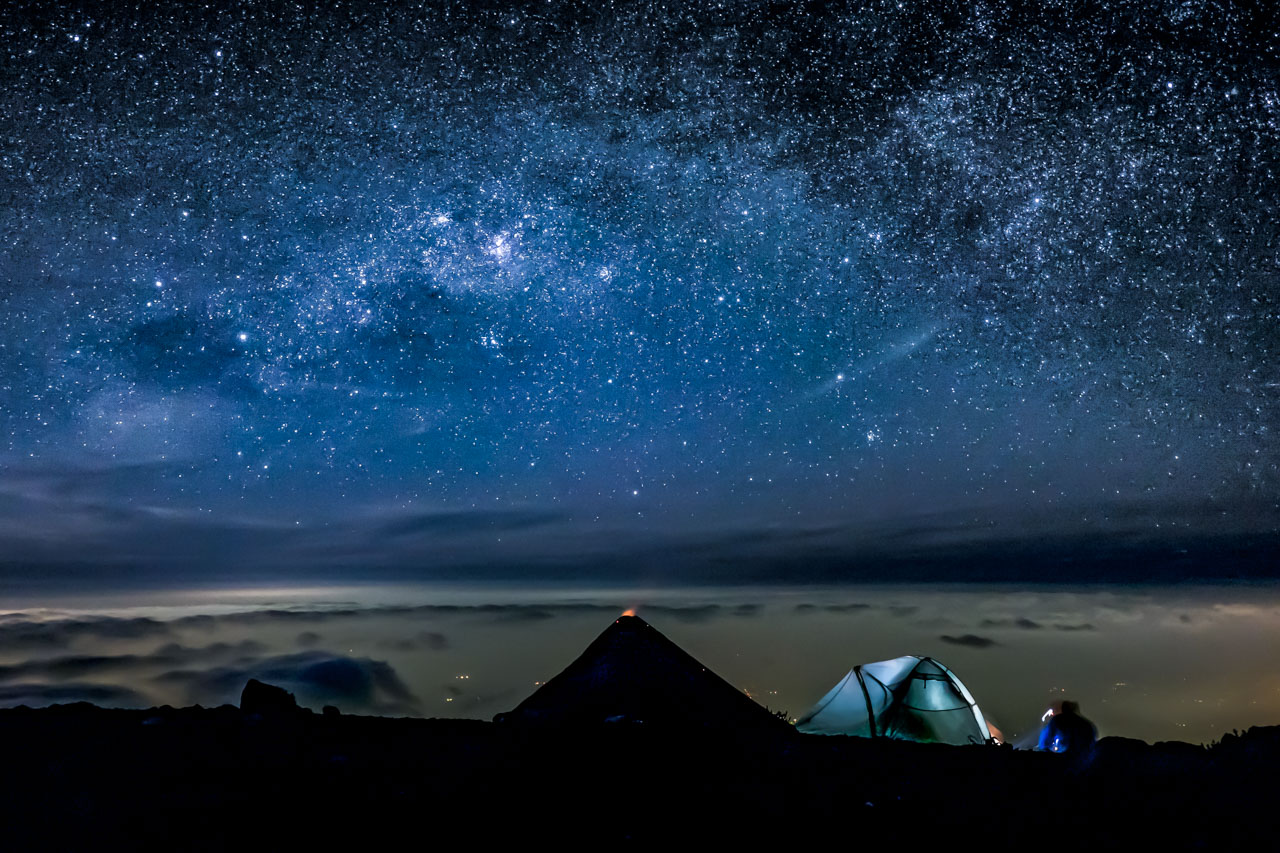 [vol·ka·nar·key] n. :: confusion and disorder induced by an unending quest for volcanoes in the vibrant and chaotic country of Guatemala.


“You think we could ride those?” I muse to my partner in crime, fellow gringo expat and professional photographer Brendan James. We rotate our grip on the handrails of the chicken bus as a volcano blurs past. The risk of death by fire on the mountain seems minimal compared to the insane antics of this driver who is talking on his cell phone and gesticulating wildly as he pinwheels around 90 degree turns, the trademark of the local transportation infrastructure. Brendan and I were returning from a successful stage race in Ecuador, and it seemed like the time was right for another mission.

In that chicken bus, we hatch a plan: We will use fat bikes because the wide tires have the best chance on this terrain, reach the volcanoes with a combination of bikepacking and “public transportation” — including chicken buses and hitchhiking in trucks — climb the volcanoes, camp on the summits, and shred down the ash fields.

We spent the next hours sketching routes on a napkin while anchoring ourselves into the seat with Mayans squished on all sides of us holding bushels of tapestries and produce. This culture is nuts… and we fit right in. We would attempt four volcanoes in three weeks: the biggest and most remote in the country.

It was a crazy, wingnut plan. Negotiating the chaos of the country itself with bike, camping and camera gear and days worth of food and water, attempting to ride these enormous forces of nature under full load… it was going to be complete anarchy. Volcanarchy. We had no idea if this could actually be done. It would be our Guatemalan baptism by fire. 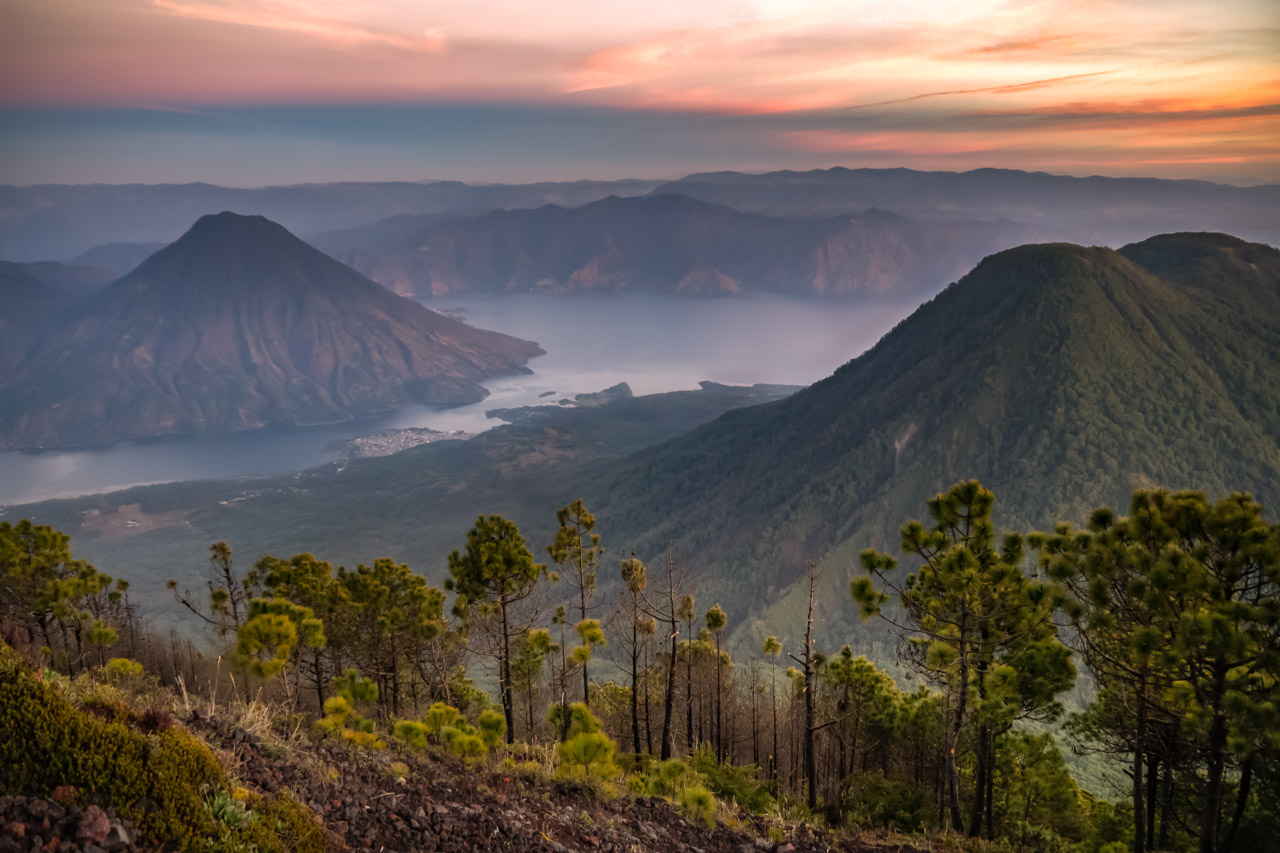 A Vibrant Land and Culture 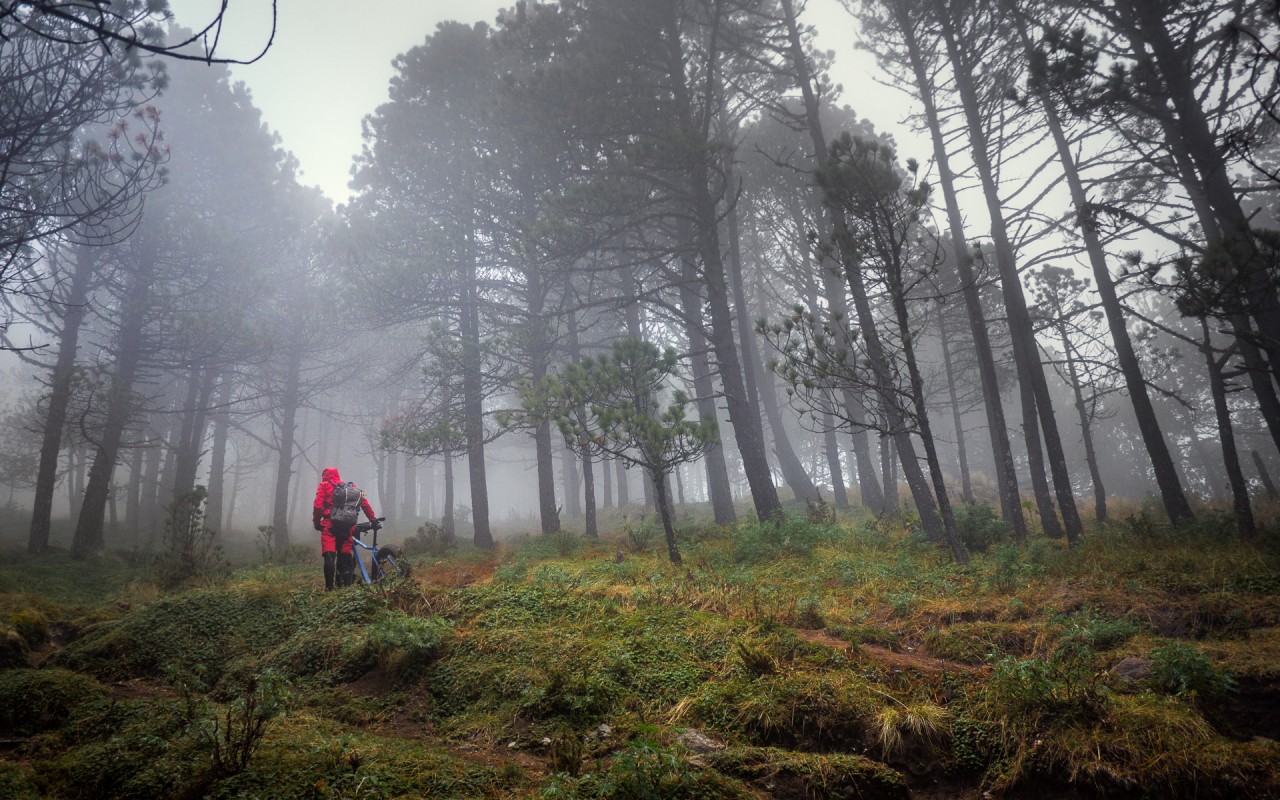 A journey to the highest point in Central America by fatbike 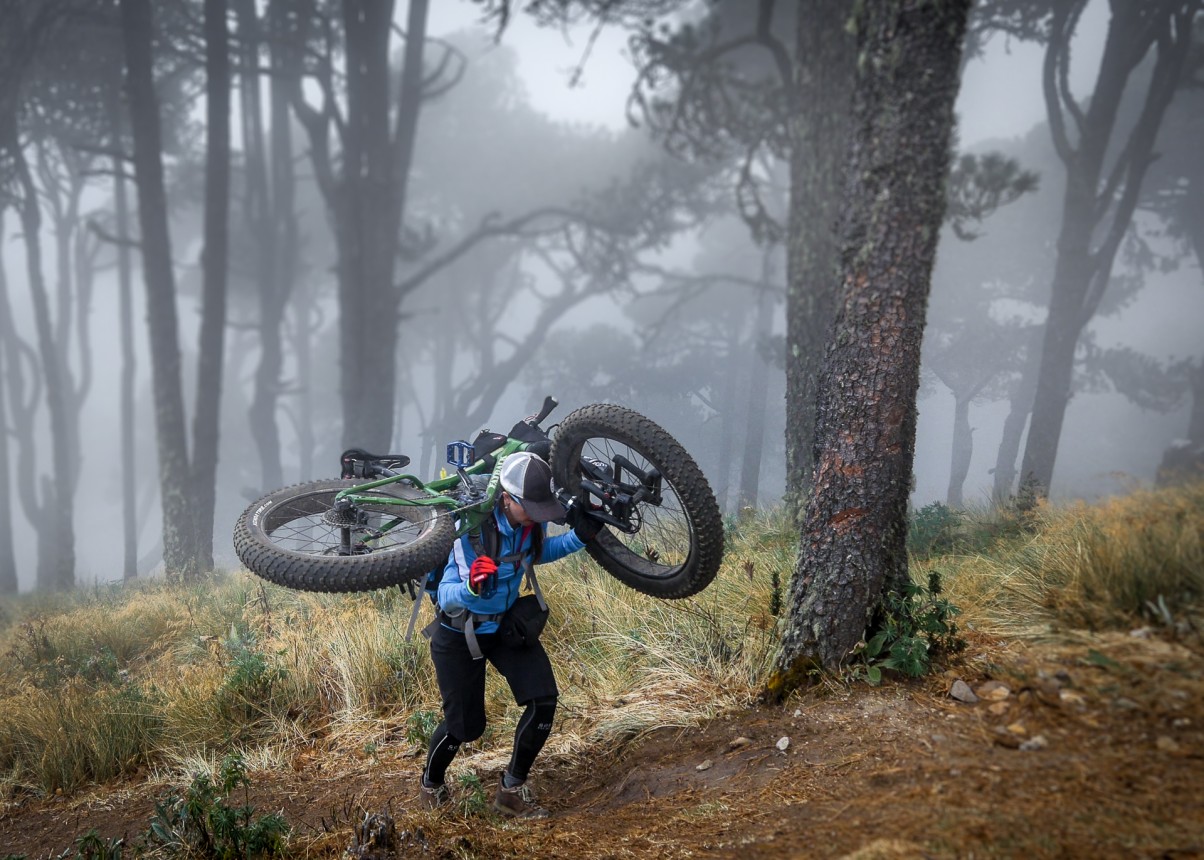 (part 2) A journey to to highest point in Central America: Volcán Tajumulco 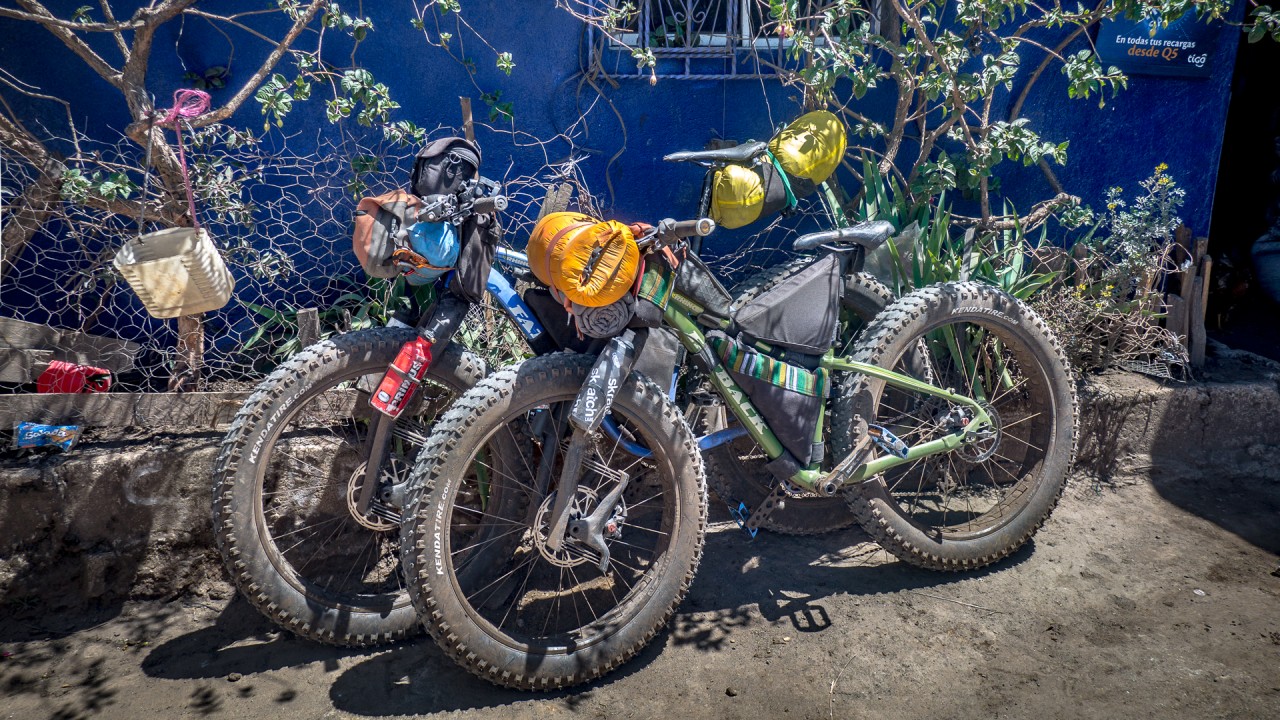 Exploring the northern region of Guatemala and Ixichiguán on fatbikes 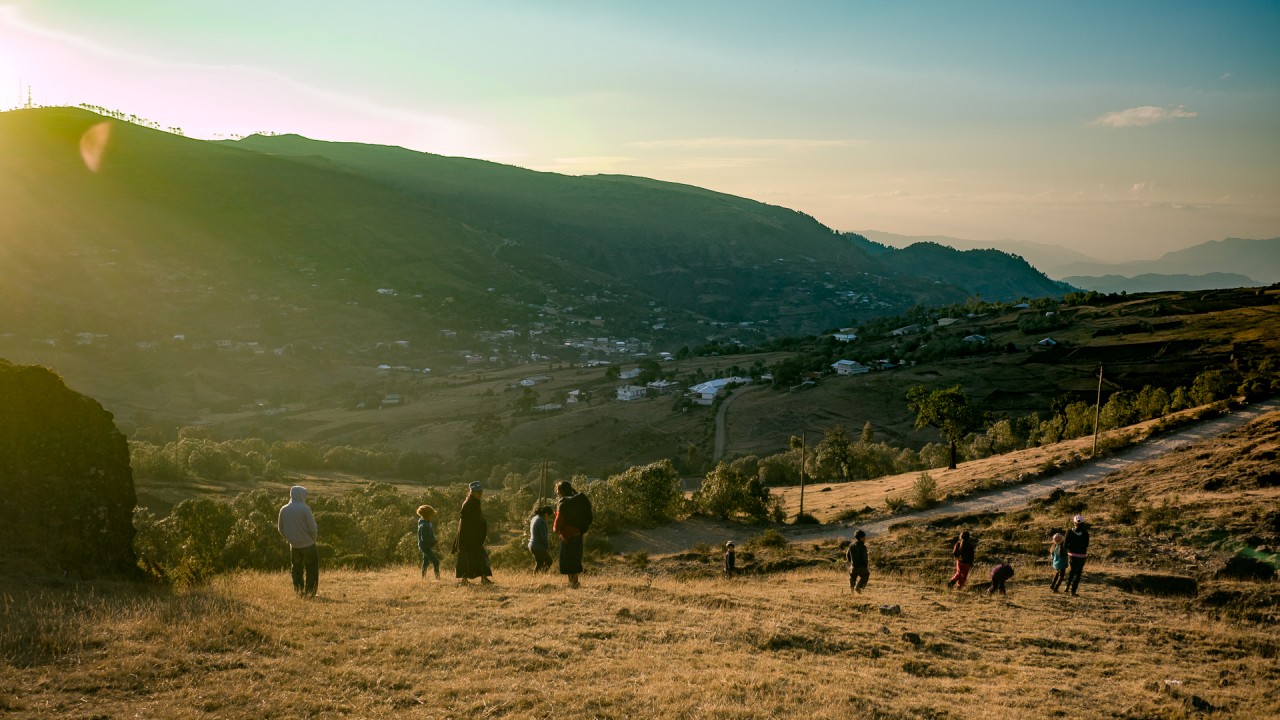 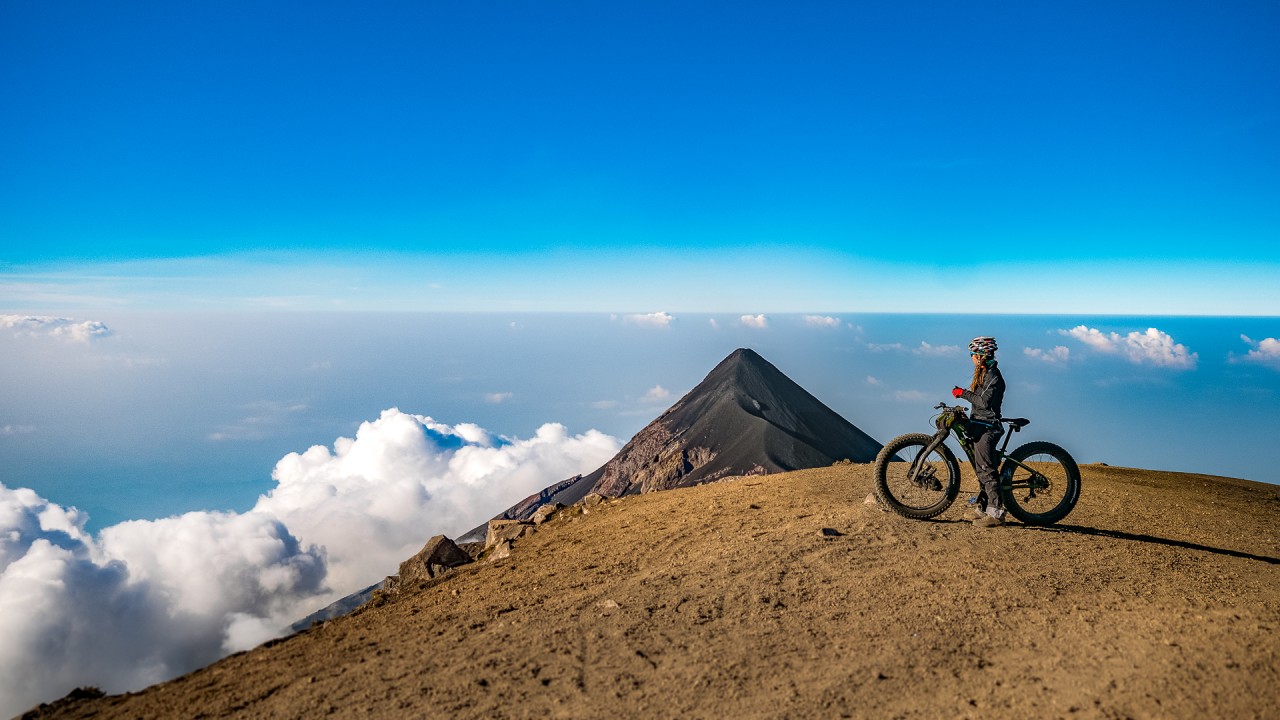 Acatenango (3,880m) our last chance at a summit 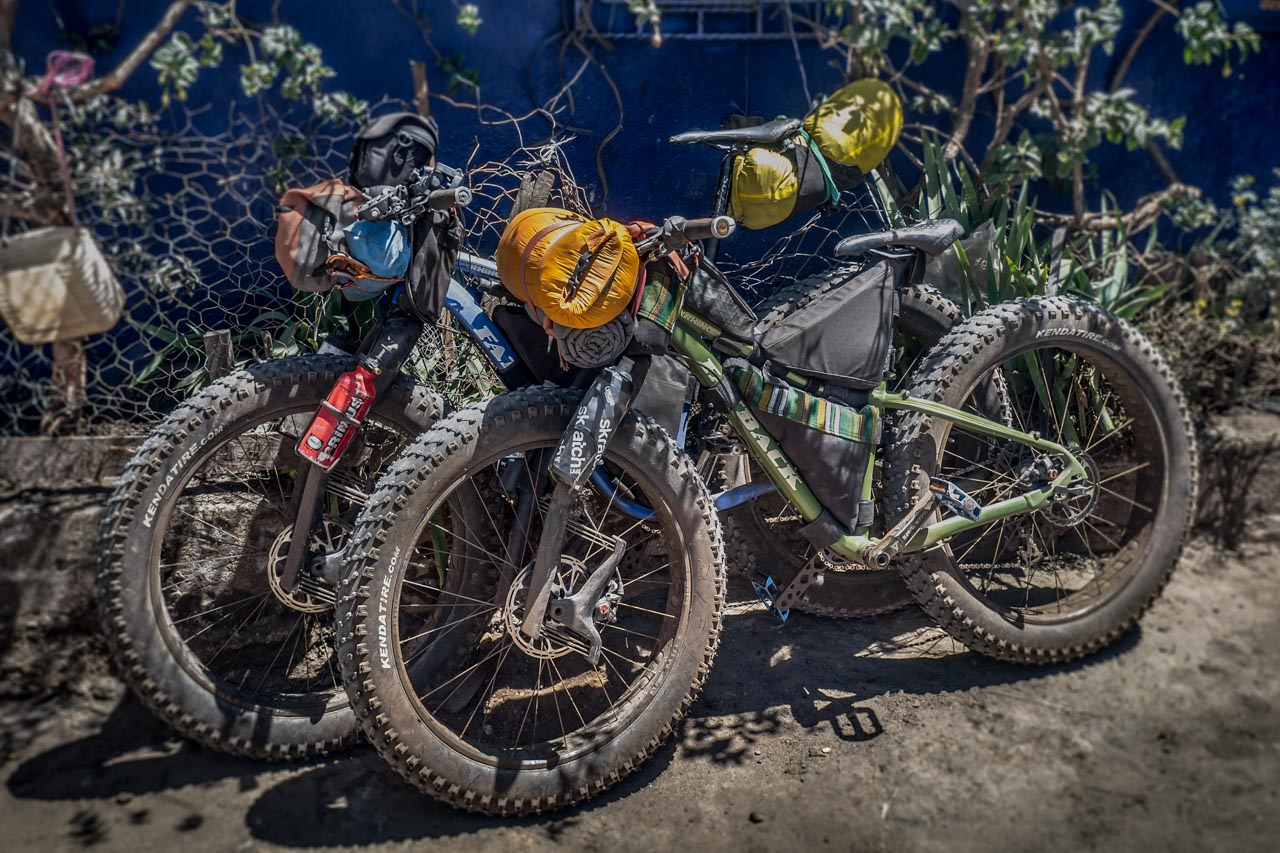 Fatbikes and other gear we used on the Volcanarchy Expedition 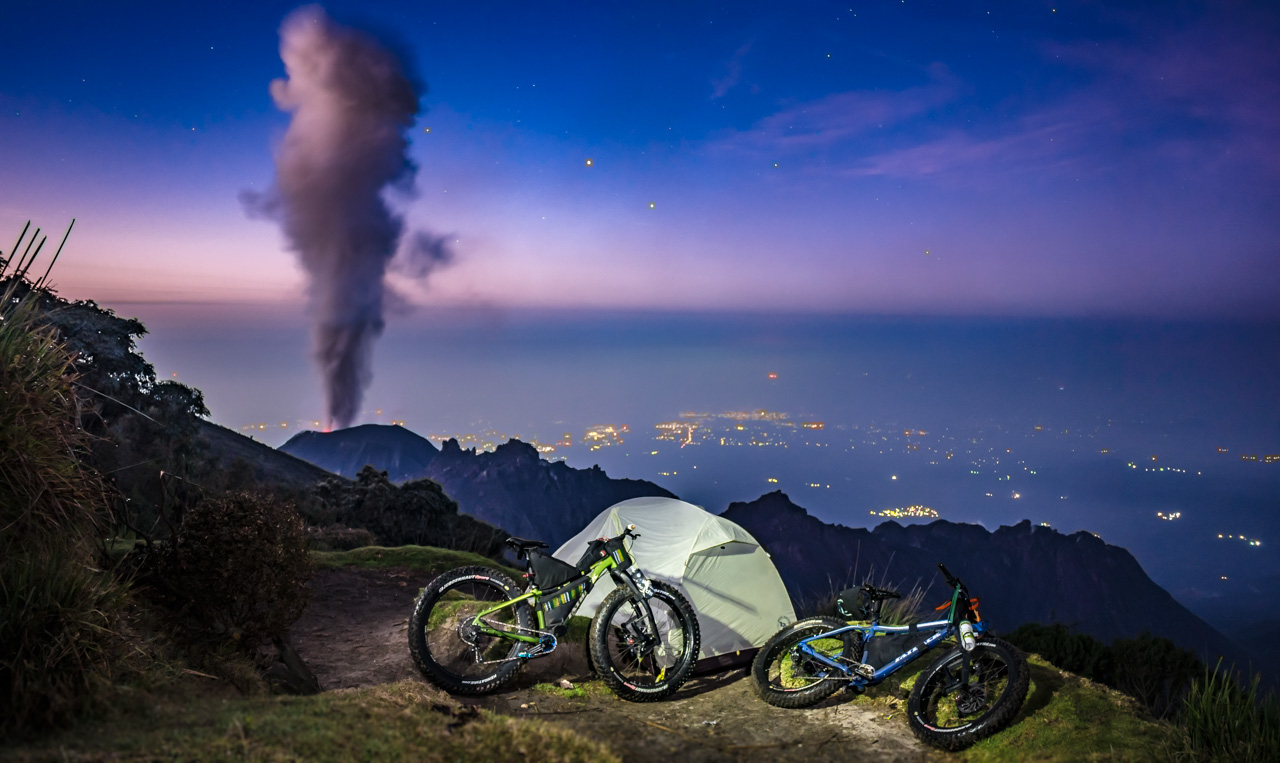 Baptism by fire. Our first objective of the trip would be our hardest 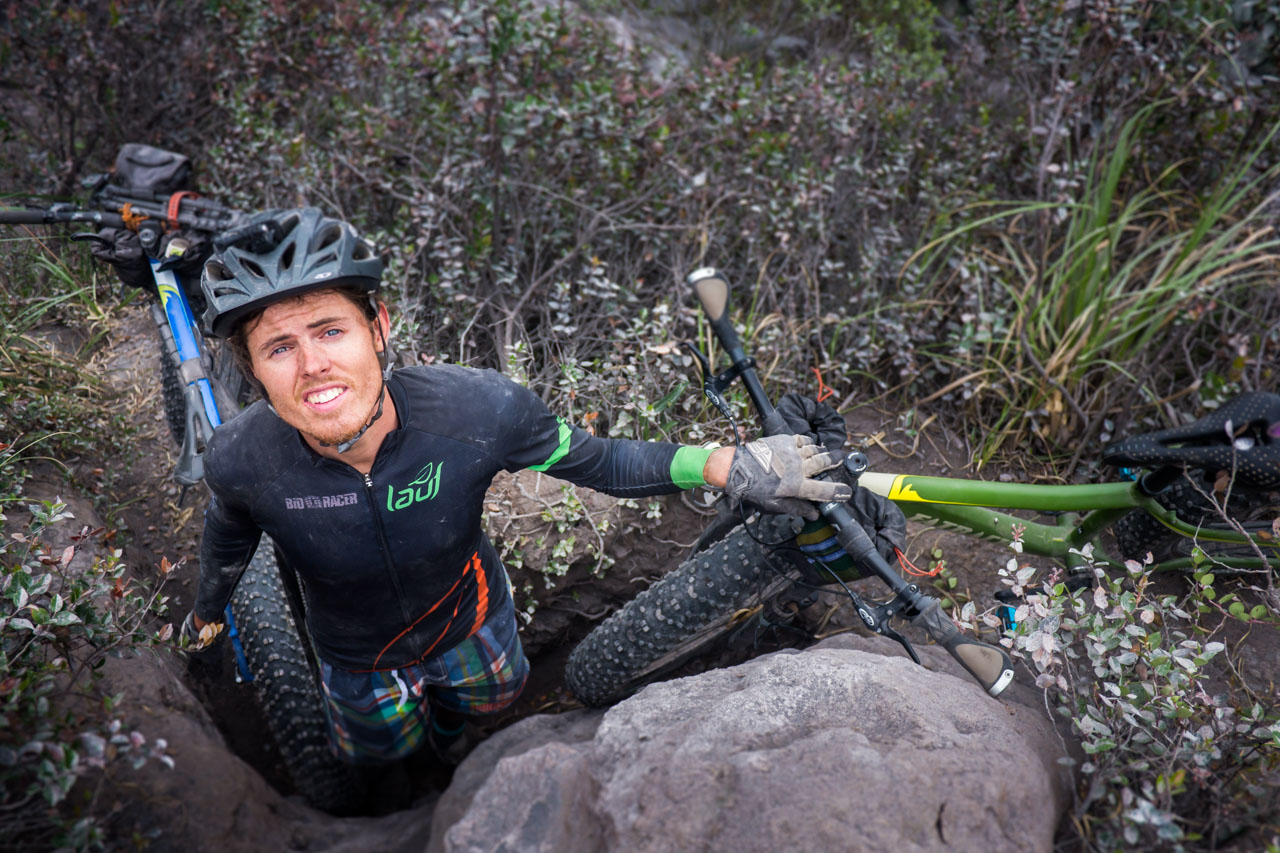 Taking fatbikes where they have never been before – and with good reason!

With a background in backcountry skiing and ski mountaineering and nine years of experience as an elite-level cyclist, Liz has found her niche in ultra-endurance mountain bike races, multi-day stage races, and adventure projects that combine travel on bikes, skis, and foot.

In 2015 Liz discovered fat biking, and her world expanded exponentially. Combining her love of adventure biking and ski mountaineering, her focus turned to using fat bikes to access wild places and high peaks in Colorado’s backcountry. Liz shares her experiences and insights into the human side of the athlete’s journey through speaking at events and clinics and writing for her sponsors’ audiences and her own website: www.speedy-lizard.com

An accomplished cross-country mountain bike racer and professional photographer, Brendan seeks out adventure and challenge in some of the most remote parts of the world. Brendan combines his creative energy with athletic pursuits and passion for exploration into photography and video that showcases the adventure of travel, place and culture.

In 2014 Brendan rode his motorcycle south from Colorado and landed in Guatemala two months later, where he has been living since. Over the past year, Brendan has been applying skills with an non-profit in Guatemala, Mayan Families, that works with education and support for impoverished children in the villages surrounding Lake Atitlán.