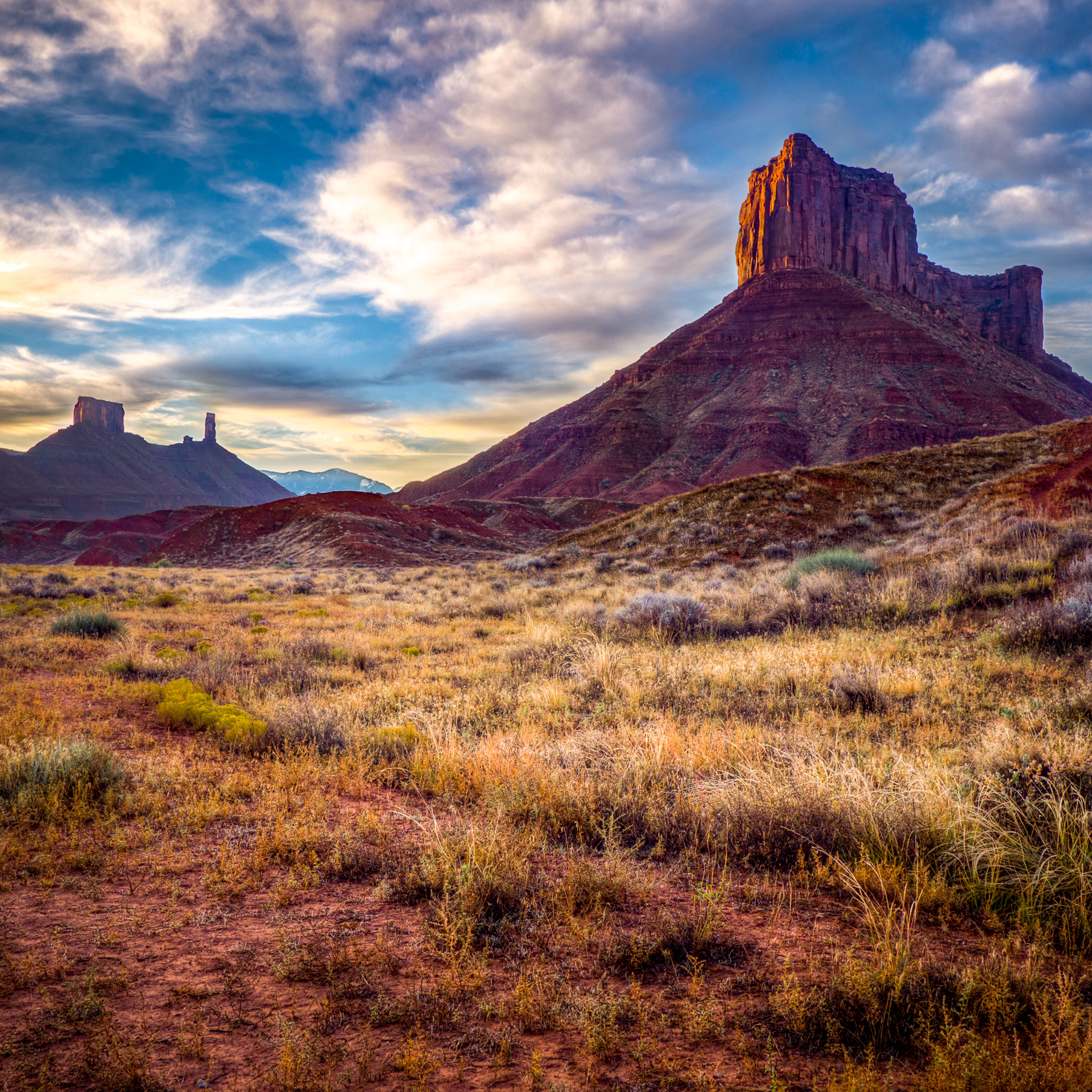 Somewhat of a climbing trip

My time back in the US from Guatemala was short and my friends from Colorado were dragging me everywhere trying to squeeze it all in. One minute we were ice climbing in Ouray and the day after here me and Jason were making the  the 4am drive out to Moab to bag a desert tower.

It had been over a year since I had climbed anything major apart from from a bit of rope soloing at Lake Atitlan but Jason was determined to climb the 5.10d route Jah Man in Castle Valley. “don’t worry man – I’ll lead all the pitches” he said – “I’ll aid up it if I have too”. I was game. I didn’t particularly care about the climb, I was more excited just to spend some time in the desert. My heart ached for the desert simplicity – roadside camping, cold nights colorful mornings and broad vistas.

It was late October and moab had just seen a significant rainy spell. In fact it had rained all that week – and we were both a bit worried the rock would be too wet to climb. “wingate sandstone is just two steps from mud” Jason said “if i get up there and the rock is wet – I’m turning back”.

Jah man is a remote climb by rock climbing standards requiring an almost 2 hr approach. With the desert flowers and southwest sunrise the approach became the highlight of the trip.  Fall is spring in the desert and the season brings cooler temps and much needed moister to the parched earth.

We labored from sunup to sundown that day knocking out 4 of the 5 pitches of the climb and relaxing at the base of the tower. We didn’t summit –  but for me the highlight was the part most climbers resent the most: the approach and the desert flowers. – PICSPORADIC